IN three weeks, we will be ushering in the Year of the Horse with home-cooked dishes prepared for the new year.

However, there is one dish that is always the star of all appetisers – the yee sang.

Generally known to the Chinese as salad topped with raw fish, the dish is served only during the Chinese New Year period.

Over the years, many restaurants and hotels have come up with their own version of the dish. Japanese restaurant Sakae Sushi did not waste any time and took the opportunity to introduce its version of yee sang, which uses mainly Japanese ingredients. 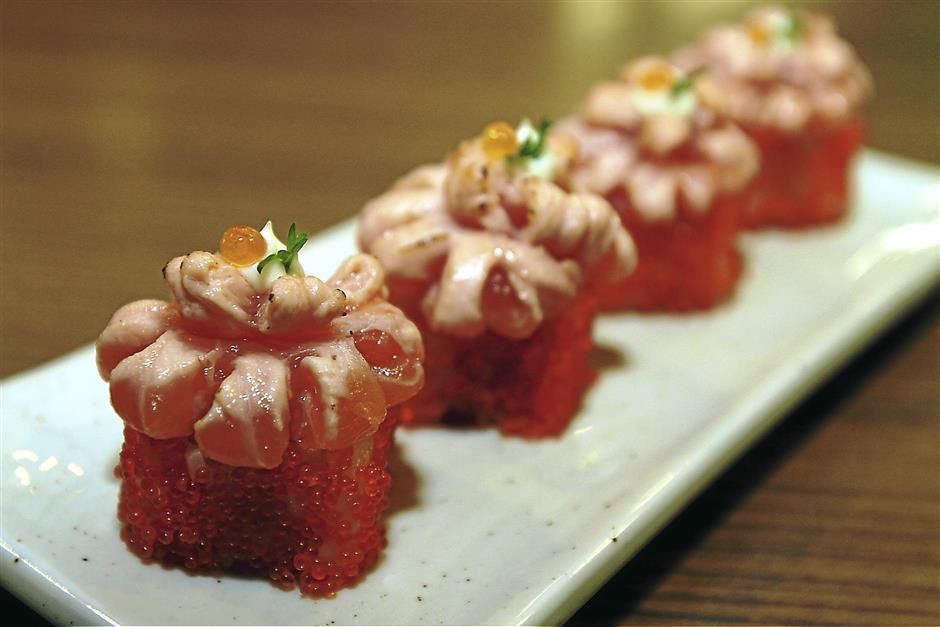 “We did research and tasting before finally coming up with our own yee sang to stand out from others,” said Sakae Sushi senior marketing manager Yew June.

Yew added that the ingredients used in the restaurant’s Fortune Salmon Yee Sang as well as its accompanying sauce were freshly made to give the appetiser a refreshing taste.

The dish comes with seasoned jellyfish, scallop, seaweed, radish, pickled leek, cucumber and egg slices topped with air-flown salmon before a home-made citrus sauce is drizzled on it.

“This year, our yee sang sauce is slightly different. It is made from plum, imported citrus sauce and vinegar to give it a tangy taste,” said Yew, adding that the restaurant had been serving yee sang since it opened its doors in Malaysia less than a decade ago. 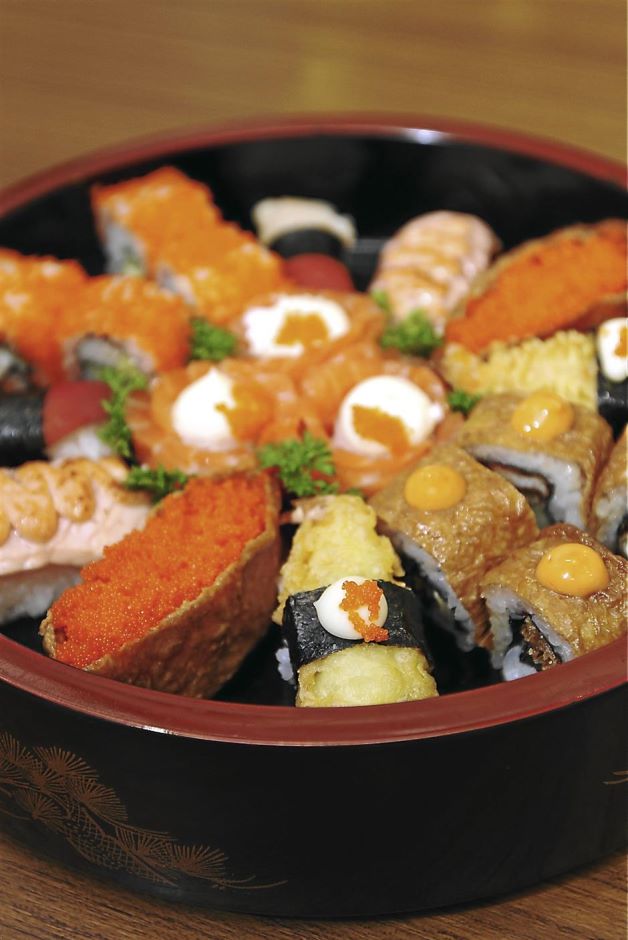 The sushi party set comes with seven types of sushi.

Diners who prefer smaller portions will be happy to find that Sakae Sushi’s Fortune Salmon Yee Sang comes in two sizes – Success (for one to two persons) or Money (six to eight persons) – priced at RM28.80 and RM48.80 respectively.

In addition, patrons who want some sushi to go with the yee sang can opt for the CNY Treasure combo, which has the Money Yee Sang as well as a Sushi Party set comprising seven different types of sushi.

“It is something new that we hope our customers will enjoy as we are often asked to recommend sushi that complements yee sang,” said Yew, adding that the combo was also a good choice for those hosting parties. Wheat noodles covered in Japanese curry and served with tempura prawns and seafood.

The yee sang is available until Feb 14 for dine-in and takeaway at all of the brand’s outlets.