Part of the research into glyphosate for the last article provided additional free insight into the use of pesticides and treatments for fresh vegetables and fruits. The interesting aspect was not only the surprising amount of residues but also the frequent use of multiple chemicals on single crops.

Strawberries
As an example, the Environmental Working Group (EWG) has identified strawberries as probably the most contaminated fruit in terms of pesticides and fruit treatment compounds. A quick search through the United States Department of Agriculture (USDA)’s Pesticides Data Program (PDP) database revealed that strawberries for human consumption in the USA can be treated with combinations of over 70 different active compounds, with varying degrees of toxicity.

However in the amounts detected, the USDA and the Environmental Protection Agency (EPA) have indicated there are no severe threats to human health provided the residue levels are kept below recommended limits. Note there may be more chemicals used but the PDP database did not indicate every possible compound used on commercial strawberries; for example, glyphosate was not included. 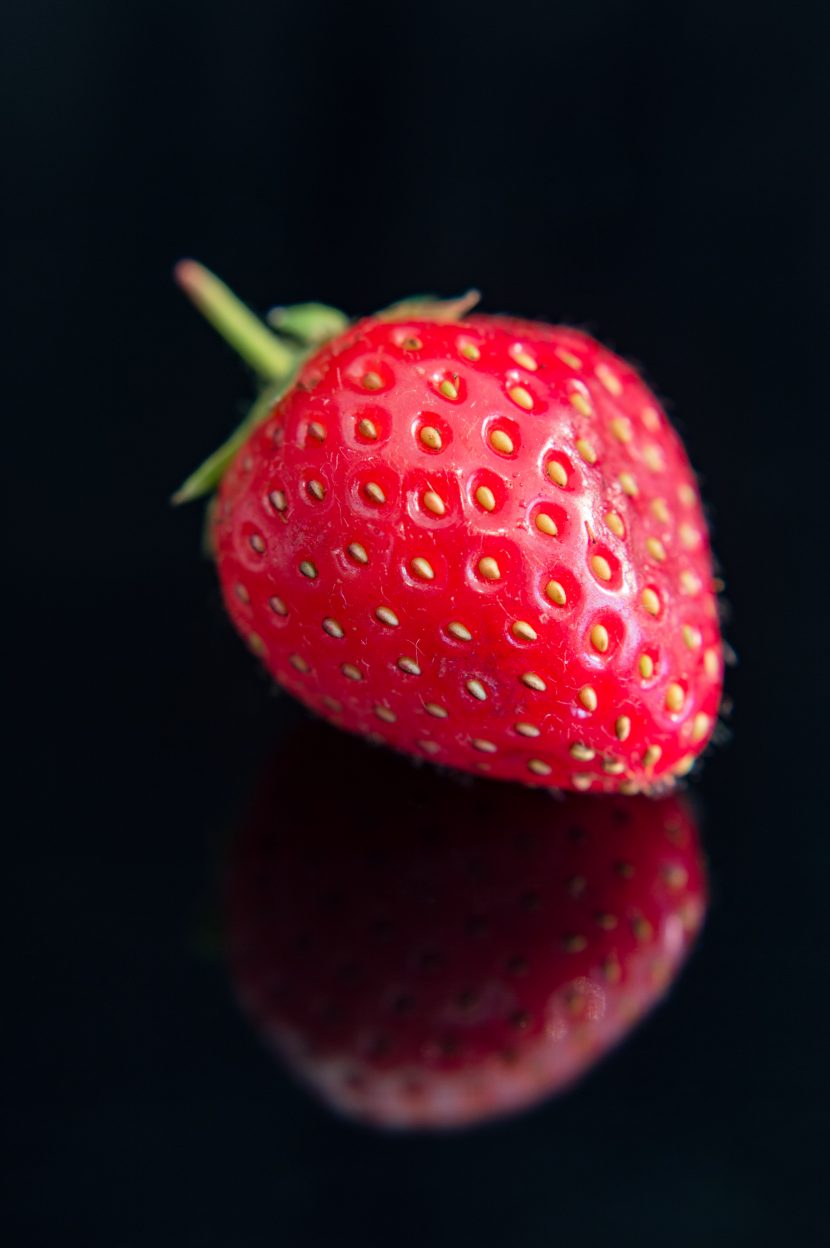 Strawberries are one of the most contaminated fruits. Photo: Ted Rabbitts/Flickr

The European Food Safety Authority (EFSA) is probably more thorough in its monitoring of crop residues. It had also reviewed and published the Maximum Residue Limits (MRL) for over 485 chemicals which may be found on strawberries, though not all of them are regulated or actually permitted to be used – these MRLs are limits used by producers and test laboratories to analyse for food safety issues.

There were 109 chemicals originally approved for use on strawberries, including neonicotinoids (or neonics), often called “bee killers”. Since April 2018, three major neonics (clothianidin, imidacloprid and thiamethoxam) are banned from use in open fields though it seems thiamethoxam may still be applied in enclosed industrial greenhouses. The same detailed levels of EFSA documentation and processes apply for all other kinds of food crops.

Again, the EFSA suggests that permitted chemical residues in strawberries and other crops are safe for human consumption if they do not exceed their MRLs.

The dirty list
To be honest, the following list of fruits and vegetables was originally drawn up by the EWG, an organisation probably more known as an environmental lobbyist group than a proper scientific research outfit.

However, after struggling with the PDP and the EFSA pesticides databases, it became clear that there is no such thing as easy access to information regarding toxicity, dosage, frequency of application and consumer removal of many crop treatments without reading through the documentation of every formulation containing these chemicals and the diluents/surfactants used with such chemicals.

So after checking various items on the list as best as I could (and finding no significant discrepancies), I am assuming the EWG had done its homework properly when compiling the following list.

So, based on the analysis from the EWG, crops with the most treatment residues are: strawberries, spinach, kale, nectarine, apples, grapes, peaches, cherries, pears, tomatoes, celery, potatoes and hot peppers. 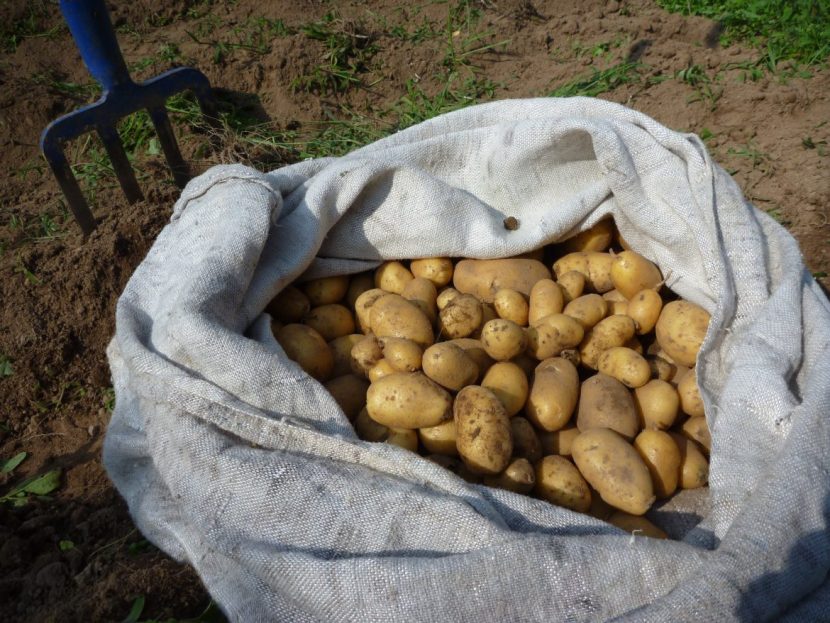 Potatoes are one of the crops with the highest pesticide residue. Photo: Sethoscope/Flick

The EWG also states that nearly 70% of all produce sold in the United States is contaminated with pesticide residues, though it does not warn that all such produce is necessarily bad for health, provided all such residues are below the recommended MRLs. It merely suggests that long-term ingestion or over-ingestion of such residues may have a detrimental effect on health, which is likely to be true for sections of the population.

The above list are vegetables and fruits which are commonly targeted by insects, fungi, bacteria and other pests, and are therefore often sprayed with various compounds to prevent loss of production. Regarding potatoes, major treatments are also applied after harvest to prolong the crop storage life. In Britain in 2004, 2,677,280 tonnes of potatoes were treated with various compounds such as imazalil, thiabendazole and/or stored using ethylene, a gas which inhibits the sprouting of tubers. The main treatment was fumigation with chlorpropham, which was applied to 2,257,603 tonnes, or over 84% of the potato crop for that year. Cauliflower is on the clean list. Photo: Liz West/Flickr

Most of the above either have thick, inedible skins which need to be removed before eating or have hydrophobic surfaces which repel water.
In summary, if it is not possible/feasible to consume organic produce, it might be worthwhile to focus on picking more of your greens and fruits from the clean list above.

A likely carcinogen
As a comment, imazalil (also known as enilconazole or chloramizole) is one of the most common pesticides found on fruits. A huge proportion of oranges and other citrus fruits as well as potatoes are routinely treated with imazalil, even though both the EPA and the World Health Organisation’s International Agency for Research on Cancer (IARC) categorise imazalil as “likely to be carcinogenic to humans”. Oranges are treated with a chemical that is reputed to be carcinogenic. Photo: Frederique Voisin Demery/Flick

The concentration of this compound is mostly on the fruits’ skin and therefore exposure should be minimal if the skin of the fruit is discarded. This may not be so easy if fruits such as grapes are treated with the chemical (which is the case in many countries).

To remove residues, the best suggestion is to soak and wash produce in a 1% baking soda (sodium bicarbonate) water solution for 12-15 minutes, as the alkalinity apparently destabilises and loosens pesticide molecules.

Honey and babies
We had a new granddaughter arrive recently, and automatically my wife offered the standard French advice to refrain from giving her any honey-based drinks for at least a year. Then it occurred to me that I do not know the reason for this common warning, so it was worth investigating.

It turns out it involves the most toxic poison known to humans, Botulinum Type H (BTX-H), which needs a dose of only two nanograms or less per kilo of body weight to be lethal – this is known as the Lethal Dose (LD). By contrast, the very lethal poison batrachotoxin, commonly known as curare, has a LD of two micrograms, 1,000 times less powerful by volume than botulinum H toxin. Honey can be dangerous to babies under one. Photo: Harsha K R/Flickr

And the reason why babies should not be given honey is because spores of clostridium botulinum bacteria are not infrequently found in honey. The digestive systems of very young babies are not able to kill such bacteria in their stomachs until they are over a year old. Left to breed, clostridium botulinum will produce enough botulinum toxin (BTX) to provoke health issues quickly.

Note that BTX is the cause of botulism, not the bacteria. The bacteria are widespread in the environment and many food products – it is impossible to avoid over a normal lifetime.

However, people normally do not get infected because the bacteria cannot survive exposure to oxygen or highly acidic conditions (pH 4.6) – regular stomach acid (pH between 1.5-3.5) will destroy any ingested bacteria. But BTX is unaffected by stomach acid and needs heat treatment at temperatures of 85°C or more for five minutes to deactivate the toxin. The bacteria can also enter the bloodstream via wounds, and then propagate.
There are several varieties of BTX which are classified as Types A through H, though most are not as lethal as Type H. The cosmetic treatment botox, for example, is based on BTX A or B.

All types of BTX profoundly affect the function of an important neurotransmitter called acetylcholine – this disrupts normal nerve signalling and causes muscle paralysis. Therefore botox treatments work by relaxing muscles on the face and reducing the effect of wrinkly skin.
The good news is antidotes exist for most types of BTX poisoning, provided treatment is received in time (although they can have side-effects) – however, this does not apply for BTX-H because it is highly unlikely to be survivable.

Summary
In summary, when ingesting food stored in a low-acid, low oxygen environment (such as packaged foods or old tins), make sure to heat it to 85°C for at least five minutes – this should also be done for re-sealed food stored at inadequate cold temperatures (above 3°C). And never ever give honey to young babies.

Curious Cook: Pesticides and other thoughts

Previous Article: A Taste of ‘Bazaar Jalan Kerinchi’...
Next Article: Makan Bagus-Bagus Lah! at The Living...