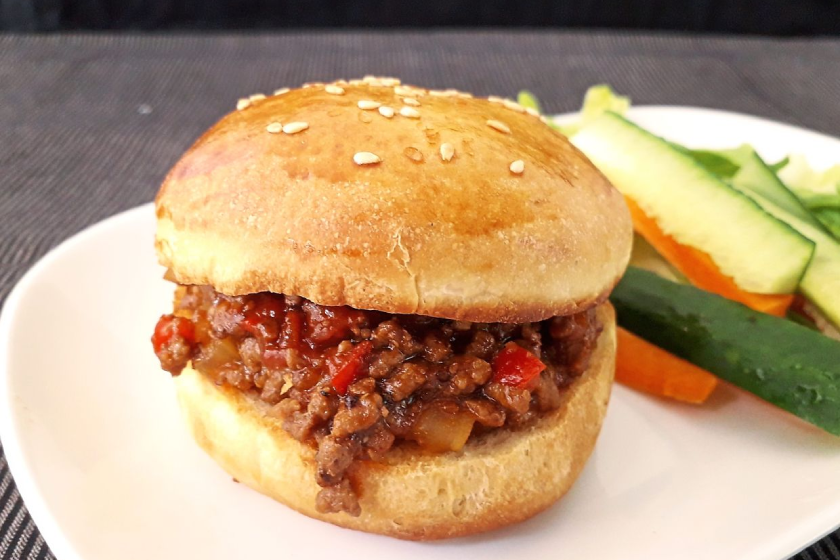 The Sloppy Joe is a loose meat sandwich with at least three origin stories.

According to food site Chowhound, Sloppy Joe’s Bar in Havana, Cuba, which opened in 1918, was the first establishment to lay claim to inventing the sandwich.

In the 1920s and early 1930s, during the Prohibition era in the United States, the Cuban bar became a hotspot for Americans, including writer Ernest Hemingway. When Prohibition ended, Hemingway started frequenting a bar in Florida run by a Joe Russell.

The writer (who has many cocktails named after him) suggested that the bar’s name be changed to Sloppy Joe’s after his previous Havana haunt.

The Florida bar started serving a loose meat sandwich and claimed its Sloppy Joe as the original.

Another story is that a restaurant cook in the US midwestern state of Iowa in the 1930s added tomato sauce to a minced meat sandwich filling and thus created the Sloppy Joe.

Despite its name, the sandwich isn’t supposed to be sloppy. The filling should not be saucy. The Sloppy Joe is meant to be eaten with the hands so the filling is thick and rich but almost dry so it stays in the bun, not slop down your forearms.

The Sloppy Jane sandwich is made the same way but with leaner meats like turkey and chicken.

This recipe was first published on TheStar at https://www.thestar.com.my/food/food-news/2020/07/16/the-namesakes-dishes-named-after-real-people.