Located on a trendy street more known for its nocturnal activities in the heart of Kuala Lumpur, Isabel is a light-filled oasis of delicious Southeast Asian food and drink set in what was formerly a terrace house.

With Malaysia’s premier jazz club No Black Tie just one door away, I half expected this cosy restaurant to be filled with feet-tapping jazz lovers. But I was here for lunch, so there were no jazz fiends hanging around Isabel’s well-stocked bar.

Walking into this smartly restored 1950’s former home, the white washed walls and contemporary decor with mural renderings of lush tropical foliage was a nice welcome after stepping in from the noon day sun.

My lunch companion is Donovan Ng, a high flyer in the hedge fund industry and a young turk in the financial sphere. His well-scrubbed and cherubic looks belie his 33 years. And when he tells me he just became a father to a seven-month boy named Declan, I initially thought he was pulling my leg.

A quick flick on his smartphone and he produces a photo of his baby son in his arms, and I’m left without any doubt. Just like the investments he makes, I guess Ng believes in getting in early.

We are ushered to a corner table, right in front of a large wine rack containing both old and new world wines. It is a rather conspicuous spot in the restaurant, not to mention a tempting one too. Surrounded by all these bottles, it was hard to resist a tipple or two and so I ordered a refreshing Bellini to start with.

Ng resisted at first, citing a business meeting he had to attend after lunch, but he soon relented when restaurant manager Lim Yin suggested a Hey Yoko – a concoction of vodka, sake, lime, red dates, longan syrup and Oba Leaf from Isabel’s Signature Cocktail selection which apparently had a low alcohol content.

The menu at Isabel’s is simple enough. A clean sheet divided into Small Plates or Big ones – the former consisting of appetiser-like dishes such as chicken satay, stir fried lala or clams, and Vietnamese young jackfruit salad while the latter has big guns like crab curry, lamb massaman and gulai tumis oxtail. 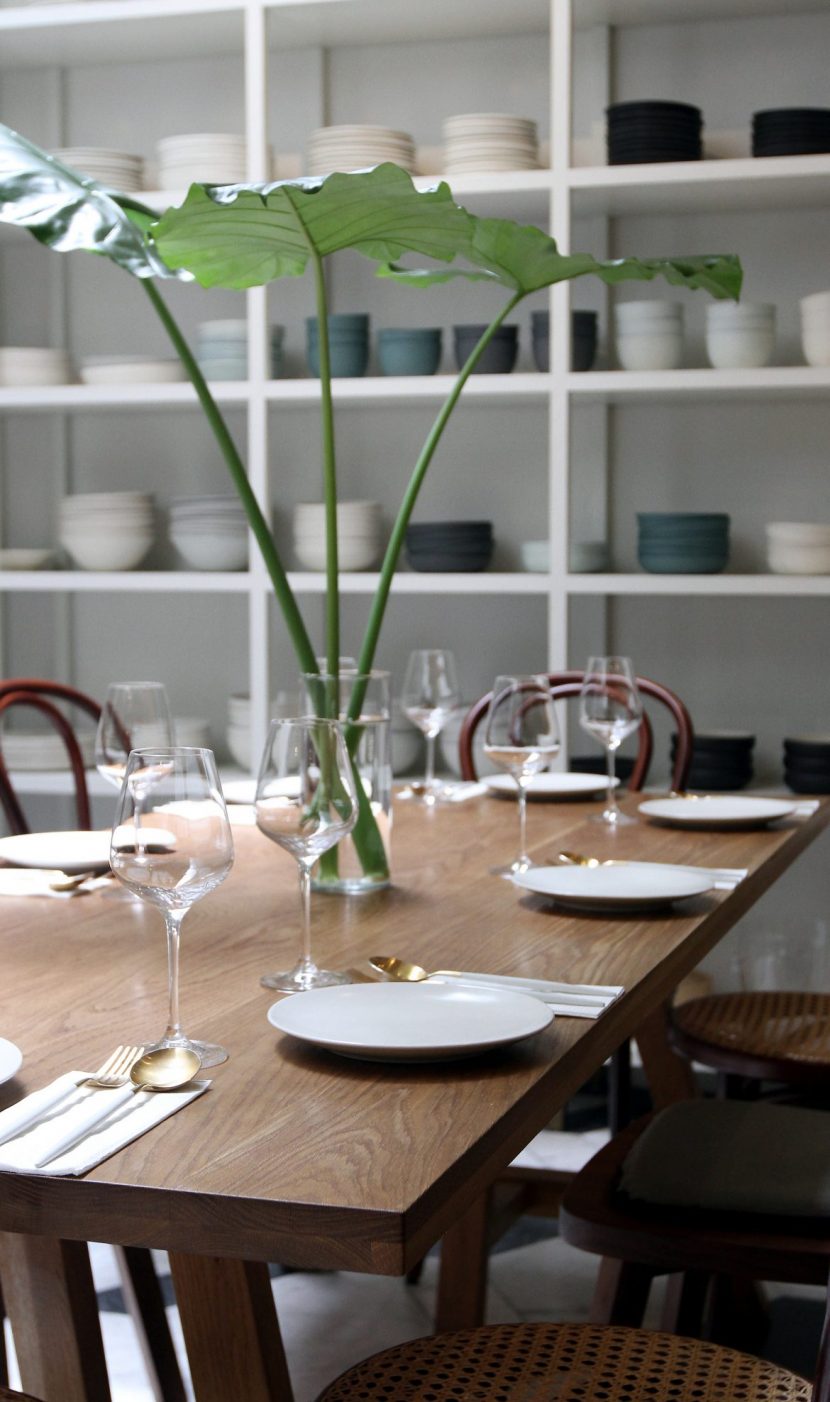 Enjoy a meal in a serene and bright interior There are vegetable and rice dishes on the side, while a small Grill section boasts organic farm chicken, tiger prawns and skate (stingray) wings. A ‘Chef’s Special’ consisting of three to four dishes, depending on what’s in season and verbally reiterated by the waiter completes the choices available.

Orders out of the way and I couldn’t wait to probe this financial whizz kid’s brain. With the financial climate in no man’s land, I was curious where Ng would advise an investor to place their money.

But firstly he tells me his credentials: he has a business degree, and majored in accounting and economics from Monash University, and worked at management consultants Accenture and telecommunications giant Telstra in Australia before his colleague and friend, Devan Linus, approached him to join MTC Asset Management, the first hedge fund in Malaysia sanctioned by the Securities Commission.

Today, Ng is the co-founder and deputy CEO of MTC Asset Management, a RM250 million hedge fund which he and his partners plan to grow to RM1 billion in five years’ time.

It’s a tall order, and one which Ng believes they can achieve. “We put our own money where our mouth is,” he tells me while chewing on a succulent piece of wok-fried threadfin fish. “I invest my own money and my family’s in MTC’s fund.”

Recommended by Isabel’s chef, the Thai fried fish dish which Ng just devoured is a cacophony of flavours – sweet, sour, salty and satiating all in one bite. Garnished with mango, melinjo leaves, makrut lime and dried coconut shavings, it’s a meal made easy to eat by the fish being deboned and cut into small fillets, and my favourite dish-of-the-day.

Ng doesn’t concur and says he liked the other fish dish – the one off the menu and from the chef’s special list – the grilled sea snapper with coconut and shrimp fillings with Thai relish and fermented krills.

“I first heard of the stock market when my mum started dabbling in shares,” he tells me, adding that his father was from the Royal Military College and was a captain in the Royal Malaysian Navy.

“She was constantly on the phone with her remisier,” Ng recalls. “Her investments in the stock-market were all rumour-based which isn’t the way how one should be investing.” Tasting the tambun pomelo salad with perilla, Vietnamese mint, sweet basil, peanuts and fried shallots was an explosion of piquant flavour on our palates, with the sweetness of the basil and mint juxtaposed with the sour taste of the perilla leaves and pomelo. It’s a great starter to a meal as this tart and pungent dish certainly stimulates the appetite.

“People get influenced very easily when it comes to the stock market as it’s a very exciting place,” Ng rationalises, revealing that he bought his first stock when he was 19. “I was still a student then and working part-time.”

He’s obviously a risk-taker, which was why he left the security of a conventional corporate career to start a hedge fund with Devan. Switching to the young jackfruit salad, Ng explains to me that a hedge fund is a subset of asset management which employs a different strategy. How interesting, but from what I see, the only thing growing at the moment is the pile of food on our plates, as we add the crab curry to our rice together with the fish from two dishes, not mentioning the two salads. There’s a tendency to overeat when you indulge Asian-style and forget your food portions.

Helping yourself to several dishes laid out right in front of you isn’t the best way to watch your weight, especially when it is delicious and mouth-watering. Throw into that mix a lively conversation and you have a recipe for, well, diet disaster.

With all this investment talk, my Bellini has evaporated and the kindly waiter offers me their House White – a chilled Domaine de Miselle Cotes de Gascogne 2016 which I gladly accept.

I learn from Ng that a hedge fund has more leeway when it comes to investing when compared with mutual funds. So what is his company?

“MTC is an asset management with employs hedge fund strategies,” he explains, adding that in 2015, his partner Devan approached the Securities Commission and lobbied for them to liberalise the market at the risk of losing capital inflows and talent to Singapore.= The SC acquiesced and MTC was awarded the first license to operate a hedge fund in Malaysia.

“Mmm, this is excellent!” Ng exclaims, justifying his second helping of the pomelo salad. “It’s the perfect complement to the crab curry.” There’s a lull in our conversation as we both savour the food.

While imbibing my glass of white wine which goes a treat with the grilled snapper, I’m curious to find out who his clients are. “Our clients are sophisticated and well-informed individuals,” he says, further revealing there are around 50 of these enlightened souls who have entrusted him with a minimum of RM500,000.

It’s by no means a large amount in comparison to the minimum requirement of private banks for a starter fund; it’s reasonable. Coming to the crunch, I ask Ng what is the rate of return of the MTC fund.

“For the first five years, the return on investment (ROI) was 17.5% per annum. Last year was difficult and it dropped 20% in the last quarter.” Ouch! That must have been scalding. 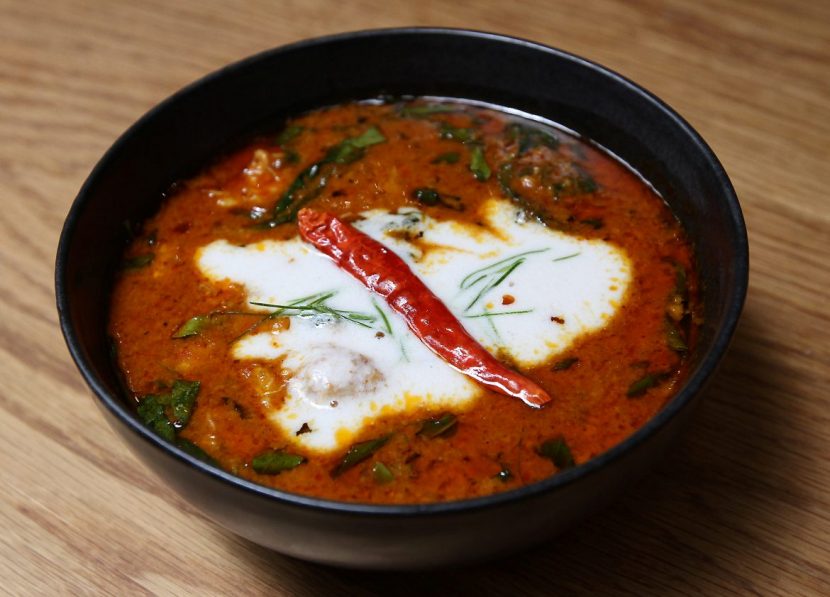 “We feel the pain as we invested our own money in the fund too.” You don’t say. But that can’t be a consolation to his high net worth clients. What would be, is his confidence that MTC would recoup this 20% loss within the next year and return to the respectable 15% annual return in the next four years.

Having finished almost everything on the table, bar the fish head and tail, both Ng and I agree that this feast we just had isn’t our usual spread for lunch. So what is the geographical spread of his fund?

“50% of our portfolio is invested in the US stock market as it’s the most developed and transparent market and where the greatest companies come from. 30% are invested in Asia Pacific and 20% in Europe.” 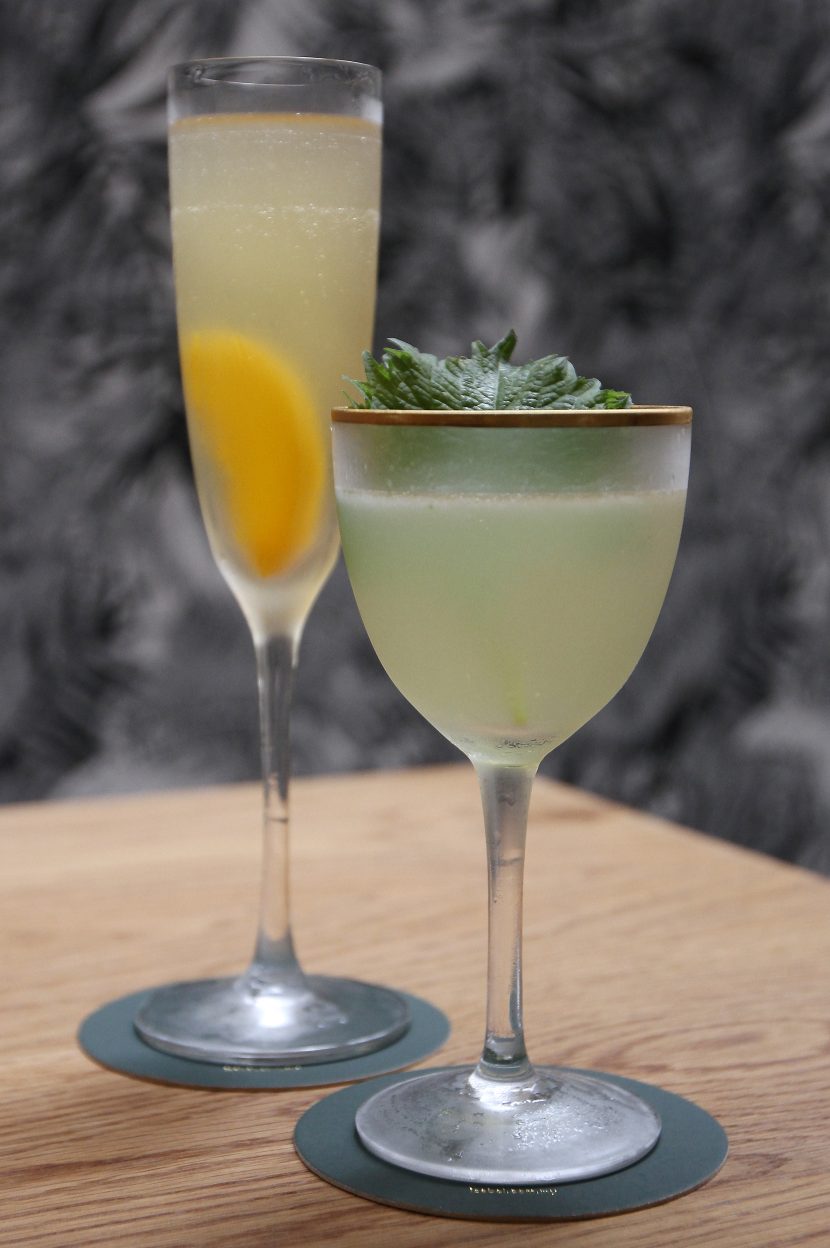 What about the sectors? “We are bullish on the automobile industry in the US and Europe, as well as the traditional tech players like Microsoft, Western Digital and Seagate. We also like consumer stocks like McDonalds, Nestle and JB Hi-Fi.”

Ng reveals to me the sweet spot of being a hedge fund just as our dessert arrives – banana fritters with homemade gula Melaka ice cream.

“The beauty of being a hedge fund is that we are not restricted or required to invest in any particular country or sector. Unlike a mutual fund which must maintain a specific allocation in a country or a particular type of investment, say stocks or currency, we can invest in anything we want.”

The banana fritters are fried to a golden crispness while the gula Melaka ice cream has just the right amount of sugar. Demolishing the last morsel, I’m just about to go belly-up when Ng tells me MTC adopts a bottom-up approach as their investment strategy.

“We look at the microscopic aspect of individual companies and their fundamentals first. It is my belief that economists who look at the macro view have never truly predicted the movement of the markets.”

Lunchtime is over and glancing at his watch, it’s obvious Ng won’t be staying for coffee. Just before he scoots off to meet one of his high net-worth clients, I ask him a loaded question: What’s the secret of becoming rich?

“Put aside some money each month and make sure that money is invested in something that is growing. The power of compounding is amazing. Also, don’t get emotional about your investments. Cut your losses if your investment is not heading where you want it to.”

Previous Article: A different take on poke at...
Next Article: Berry yourself! This superfood is packed...