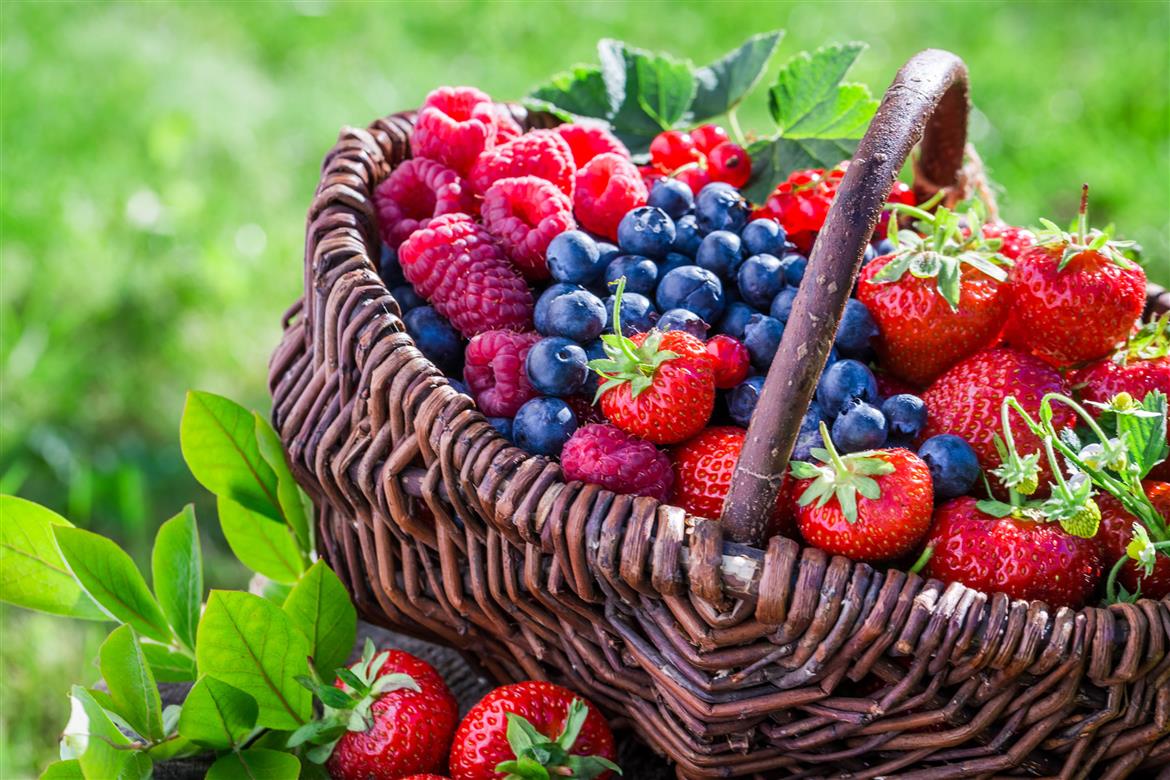 When berries are in season, they give you more than an amazing taste. Fresh or frozen, berries have plenty of vitamins and other nutrients – but some more than others.

A handful of berries is more than just a healthy snack to keep you going or make a colourful dessert topping. Whether raspberries, blackcurrants or gooseberries, these fruits have lots going for them. The red variety is also healthy, with vitamins C and E, as well as magnesium, calcium and potassium. Raspberries are great too, “especially when it comes to the B vitamins and vitamin C,” says Margret Morlo from an association for diet and nutrition.

Blackberries have lots of vitamin A, among other nutrients, which is great for the eyes and skin. Goji and acai berries are also fabulous for your health, with an alphabet of vitamins, minerals and other essentially nutrients. For that reason, they’re both considered superfoods.

Acai berries are even ascribed the powers of weight loss and anti-ageing thanks to their high levels of anti-oxidants, though the science is still out on those claims, according to Dr Wechsler.

Choosing local grown berries over imported ones makes a lot of sense, he says. Berries should be on the table when they’re in season, agrees Morlo.

Raspberries or blueberries imported from abroad when they’re out of season at home, pack less of a vitamin punch due to long transport times at a certain temperature and air moisture level, Morlo adds.

These far-travelling fruits are also often treated with chemicals in order to make them look flawless, which can leave harmful residues.

But just because it’s off-season doesn’t mean berries can’t be in your diet – just turn to the freezer aisle instead. “Ideally, producers wash and freeze fresh berries at their peak season,” Dr Wechsler says.

This means the fruits are just as healthy after thawing out as their fresh versions. “Dried berries can also serve as a vitamin-rich snack when you’re on the go,” adds Morlo, who suggests dates or figs. – dpa

Note: The above article was first published in Star2.

Check out some of the recipes below which uses these superfood:

Berry yourself! This superfood is packed with vitamins and nutrients